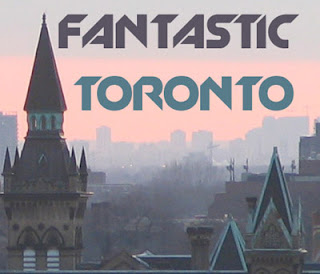 Conventional wisdom suggests that this is not so. My hometown has a long history of standing in for various U.S. cities when the dollar is low and the SARS is dormant (we’re not New York, but we play one on television); but most people (read, movie and TV people) think Toronto is a little too clean, dull and cold to be a cool spot for an actual tale to take place.

Well, not me. According to Fantastic Toronto, Karen Bennett’s comprehensive bibliography of
all things Toronto in speculative fiction, I’ve written two stories taking place in the shadow of the CN Tower and the wake of amalgamation. I think it’s three, but I’ll have to email her and check to see if the suburbs count…

Turns out it’s four. Karen has added two stories – one of which takes place not quite in Toronto, but the Greater Toronto Area, which strikes me as admirably open-minded. She did not, however, include any of the many stories I’ve written in which Toronto locations are standing in for New York. Then again, I did not ask her to.

2 thoughts on “Toronto the Good… place to set a story.”