This is not the first time I’ve sent praise in the direction of Erik Mohr. It may not even be the first time I’ve posted a blog entry devoted to this clever, diabolical cover designer from northern Ontario. But given recent internet activities surrounding my collection Monstrous Affections, certain things are becoming clear. A large percentage of the people reading the book, and seeming to like it, would not be doing so without the baited hook of Erik’s cover and design.

The Publisher’s Weekly review last year shouted out Erik’s “jarring” cover illustration before they mentioned a word of my deathless prose; when January Magazine picked the collection for its best fiction 2009 post, the blurb began “The first thing that hits you is the cover.”

More recently, the blog calling itself The Casual Optimist just cut to the chase and used a link to a months-old National Post interview as an explicit excuse to post the image.

Romance writer Vanessa Jaye reported on her blog Procrastination Station that she’s enjoying the book, but leads into the discussion with a reposting of the cover and the comment, “Behold the power of cover art.”

And some bizarre corner of social media called tumblr has a feed/blog called This isn’t happiness, which dropped all pretext of enjoying the collection, or indeed any words beyond the title, and just shared the image.

So I thought, in that spirit, I should take the space to showcase some of Erik’s new work for upcoming titles out of ChiZine Press, starting with Gemma Files’ first novel, A Book of Tongues. 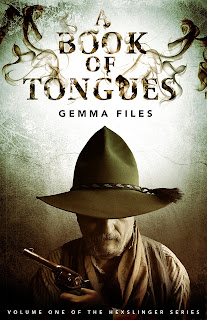 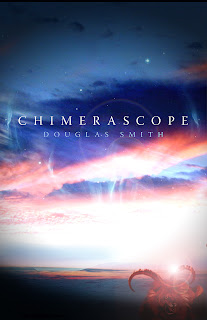 And Nicholas Kaufmann’s Chasing the Dragon: 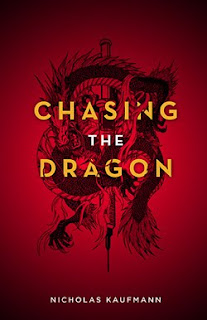 4 thoughts on “The Secret of My Success”