It wasn’t much of a horror at all, actually, going down to Texas this past week for the World Horror Convention. Coming back on the day of the Federal election… well, that was another matter. But the WHC 2011 in Austin, Texas, was pretty much a joy – an exercise in southern comfort, taking place in a town who’s motto is Keep Austin Weird.

It was a very good time indeed. The ChiZine Publications crowd were there in force, to launch the spring lineup (Eutopia: A Novel of Terrible Optimism included in that, along with Claude Lalumiere’s Door To Lost Pages, Gemma Files’ Rope of Thorns, and Brent Hayward’s The Fecund’s Melancholy Daughter). Also on hand was Michael Kelly, launching the anthology Chilling Tales (which includes my story Looker).

I could ramble on for thousands of words about the high quality of the convention and the coolness of Austin — but I brought a camera, and took some pictures. So let’s try a slide show instead.

On Thursday, day it started, Claude Lalumiere and author Matt Moore and I went walking in downtown Austin, where we discovered this place – the Lucky Lizard, which sells curios and has a genuine sideshow museum in back. 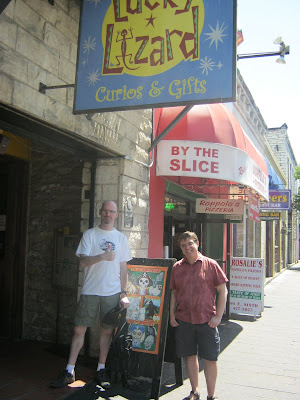 They let me take pictures inside, of such wonders as the fabled Fiji mermaid: 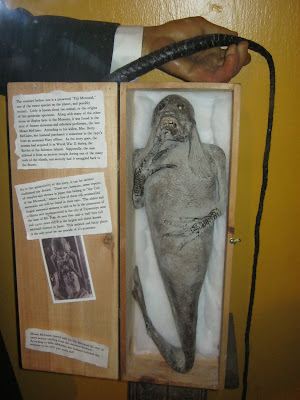 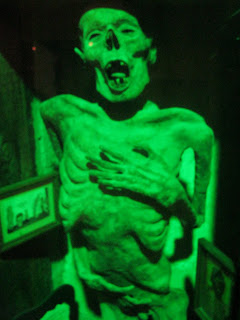 Me (with my two-headed sheep friend): 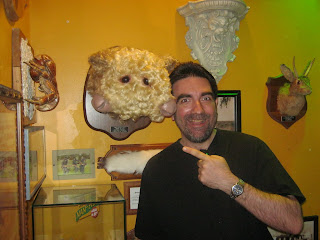 There were also readings. Here’s me, reading from Looker (thanks to Sandra Wickham, for snapping the shot): 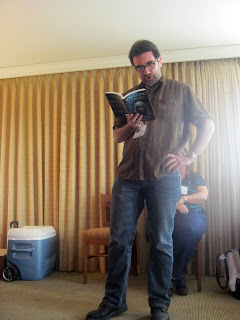 And at the Driskill Hotel, said by some to be haunted… 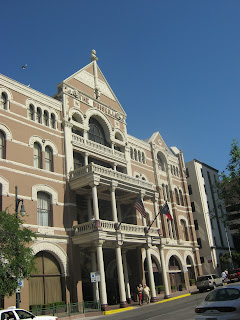 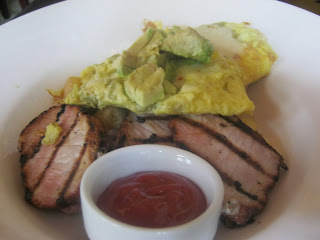