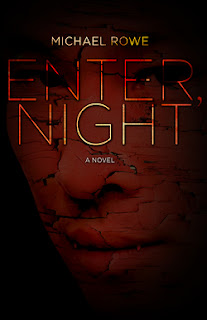 I remember when I first read Salem’s Lot. I suspect that most of you do – at least those of you in your 40s, who grew up in the 1970s and 80s and were immune to the not-so-subtle charms of disco, citizens band radios and pet rocks.

I picked up the paperback of Stephen King’s early vampire novel in the lineup of a supermarket — drawn in by its gloriously monochrome, sparkle-free, embossed cover depicting a little girl with a single red drop of blood leaking out of her mouth. Diving into King’s terrifying, humane, and ever-so-slightly flawed tale of blood suckers and small town living was a seminal reading experience for me. After finishing it, I remember walking the streets of Richmond Hill, Ontario, deliciously imagining how I would fight the vampire infestation in the same way that zombie hobbyists these days try to figure out how to cope with a world where the dead walk.

Other vampire novels read subsequently didn’t really do the job for me in the same way. Interview With A Vampire was more saddening than terrifying in its vampires’-eye view of the world; I Am Legend, which is sort of a vampire novel, was certainly relentless as anything that King set down, but Richard Matheson’s tale didn’t convey to me the richness of character and setting that let Salem’s Lot so colonize my imagination. Stoker’s novel came closest — and yes, yes, I will concede it — Dracula is formally superior to Salem’s Lot. But there is something in King’s rubbing of that old tombstone that enlarges the original.

All of this is a round-about way to start telling you about another vampire novel that is very definitely a loving tribute to the vampires and vampire hunters in Salem’s Lot, and is also very much more than that.

I’m talking here about Michael Rowe‘s new novel, just out – Enter, Night. As a caveat: Michael and I go back a long way, and it does all start with vampires. In the late 1990s, he commissioned a story from me for an anthology of queer-themed vampire stories, and encouraged me to write stories for his ground-breaking queer horror anthologies, Queer Fear. In 2009, he penned a gracious introduction to my story collection Monstrous Affections.

Enter, Night is also out from my own publisher, Toronto’s ChiZine Publications. Like all of ChiZine’s novels and collections, it is very beautifully put together.

So with all that: you might think that I would be predisposed to rave, on the basis of both friendship and brand loyalty. Fair enough. But please, please, don’t let your skepticism get in the way of picking up Enter, Night. Because in addition to all those caveats, the other one is that Michael has written the vampire novel that I have been waiting for. There is no sparkle in his vampires. They are monstrous — more fearsome, even, than the feral creatures in The Passage, because these vampires aren’t just predators. They’re appropriately diabolical. They are Evil with a capital E.

But let’s not get too tied up with how the vampires live and feel and think. That, I’d say, has been one of the great mis-steps of vampire literature in the last part of the 20th century. The great strength of King’s novel, and Rowe’s rethinking, is that the real characters that we ought to be concerned about are the humans who haven’t yet fallen under the vampires’ sway.

In Enter, Night those humans live in and around the small northern Ontario mining town of Parr’s Landing, in the early 1970s. The town is built on both a rich vein of silver, and of bloody history: prior to the miners, the area was a draw for Jesuits, and is the site of an abandoned Jesuit mission, now reduced to an archeological site, and a resting place of a Dracula-calibre vampire who’s been waiting for the right moment…

Michael gives the vampires their due, but the novel is really about the people. There are a lot of points of view to juggle, but the core of the novel is the Parr family, and how it morphs with the return of Christina Parr, the widow of the family’s favourite son, her daughter Morgan, and Jeremy Parr, the homosexual second son. They’re dead broke, and that is the only reason they’re back, to live in the mansion of Adeline, the far-from-sweet matriarch of the family, and the town.  There are others of note:  Elliot, closeted police officer with whom Jeremy has unfinished business; Finnigan, a sweet, nerdy boy who comes by his vampire lore from old Tomb of Dracula comics; and Billy Lightning, an aboriginal university professor who comes to Parr’s Landing to investigate his adopted father’s murder and ultimately charm Christina.

Michael writes these characters from the heart, and they’re like a vampire’s gaze: once you meet them it’s impossible to look away. The long-game strategy of focusing on the living rather than the undead means that when the vampires show up, we as readers feel every bite. The conclusion, when it comes, delivers an emotional payoff that’s quite wrenching and very satisfying. If I were to deliver any criticism, it would be to say that the emotional finish overshadows the business of the plot. But because it’s so effective, I’m more than willing to call feature rather than bug on this one.

Right before diving into Enter, Night, I had occasion to reread Salem’s Lot, aloud. And on that recent reading, the novel’s bugs are more apparent. The characters there spend a very long time shuffling their feet and expositing strategy at one another. King writes from the heart too, but sometimes a bit too near to it: in particular, Ben Mears, his prodigal vampire hunter, falls precipitously near Mary-Sue territory. Michael is, to my mind, tugging heart-strings with far greater maturity and discipline, and at points, much deeper resonance.

This is Michael Rowe’s first novel. He is now at work on a ghost story. I am intensely curious to see what he does with that. But I’ll pass the time waiting, pressing Enter, Night into as many hands as I can.